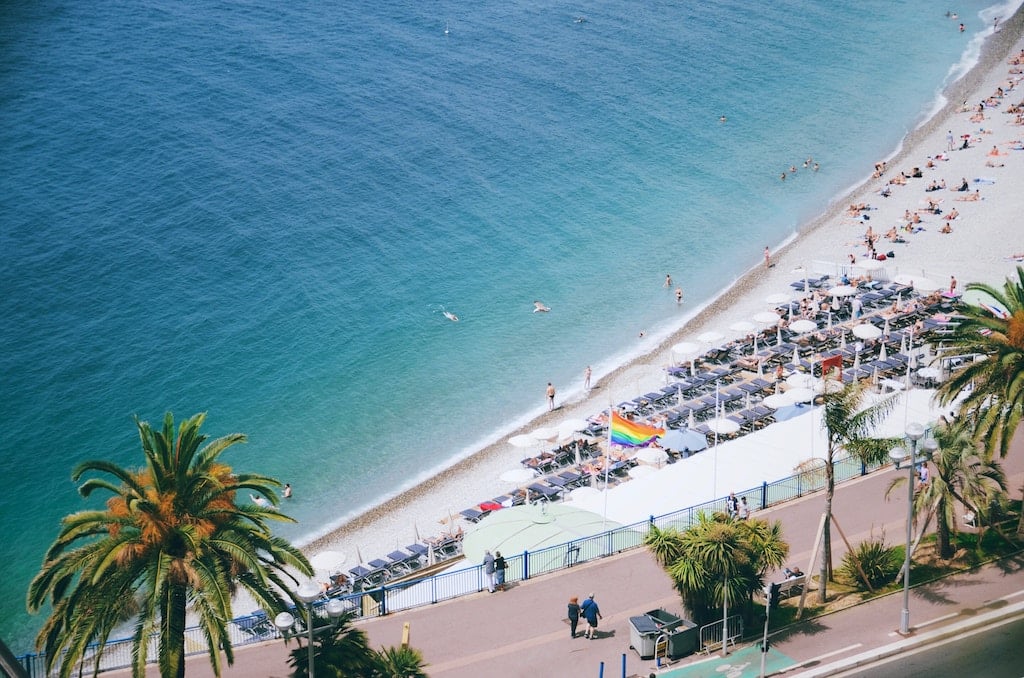 Like all the women I know, I love body-shaking orgasms.  I wish I had more of them in my work. Most of the time I feel good, but there have been moments of glorious ecstasy, when a client has rocked my world.  It was so amazing that every time I think about it my body shudders, and I get very aroused.  Now, every call I get, I’m hoping to capture that same feeling again.  This reminds me of a client who I’ll call Bill, with whom I had the most unforgettable time together…

From the very beginning I knew this was going to be a unique experience.  At 6:00 in the morning I awoke, groggy and irritated, wishing to sleep until late afternoon.  But I had a date, and I wished I could cancel, feign illness, anything so I could go back to sleep.  But at 6:30 sharp, I heard a car horn tooting in the street outside my flat.  I yelled out “Be right there!” then quickly packed.  The agency told me the client did not give them a lot of information except that he was seeking a travel companion for three days.  I was in no mood, but picked up my bag and ran out the door.

A limo came to pick me up and I was taken to the airport. The driver only said, “You’ll  know in good time,” as answer to my questions.  He handed me a plane ticket for a private jet, the destination  Cote D’Azur. I’d been to the south of France once and remembered how crowded with tourists it was.  My mood got worse thinking what was in store.

I boarded the plane, I was the only one on the flight.  Less than an hour later we landed and there was another limo waiting for me.  I was dead tired, wishing I was home lying in bed.  But I kept up appearances and wore my black summer dress with floral prints, elegant and sexy.  No matter what mood I’m in my job is to make the client happy.

We drove down a private road and pulled in front of a large villa that was on the shoreline.  The front door opened and a man was waiting there.  He was only average in appearance, his clothes dull and drab.  He wore glasses and seemed a little nerdy.  I groaned inside thinking about spending the next three days with him.

I walked in.  Bill didn’t say a word.  A Long Island Iced Tea  was on the coffee table. It was only nine but I thought a little alcohol could only help.

Bill sat down and I crossed my legs, making my dress hike up.  I didn’t feel very attracted to him, but then the tips of his fingers gently stroked my thigh.  He gently brushed my hair aside with his long, thin fingers and kissed my neck just below the ear.  Strange how he knew I was sensitive there.  He stroked my leg as his dry lips ran across my neck.  My body responded and I reached between his legs and felt something big and hard.

But Bill had only started.  Seagulls cawed out on the beach as Bill circled my breasts with his fingers, moving ever closer to my nipples but not touching them.  I gripped his member tightly in response.  No doubt about it, he was teasing me but it was really turning me on.  I moved impatiently, hoping he’d run his fingers between my legs.  Next he unfastened the buttons of my dress and spread it apart, revealing my shapely round breasts.  He had a goatee, and he bent closer to me and ever so gently kissed my breasts as his hand moved up my thigh, his facial hair stimulating me.  I moaned in anticipation, amazed at how good he was.

He bit my nipple ever so gently and I gasped with pleasure, then he did the same to the other one.  I was soaked between my legs and he must have noticed it when his fingers finally reached my pussy.  Involuntarily I gyrated up and down on the sofa and turned toward him.  Impatiently I unzipped his pants and pulled out his hard, throbbing member and stroked it.

Bill remained silent, his breathing never changed. This only turned me on more. He moved  up to kiss me.  Normally this is something I do not do with my dates, but all I wanted now was feel was his wet tongue in my mouth, his soft lips on mine.  But I was denied that, for all he did was graze his lips against mine, barely touching.

His fingers began to work on my pussy, stroking my clit repeatedly, up and down.  My moans turned into waiting, I wanted him to fuck my brains out now.  But he only blew on my lips, and licked my hardened nipples.  He was driving me crazy.  I was unaware of time passing but it seemed like forever. I was totally under his control now.

A moment later and the gentleness was over.  He kneeled on the carpet and pulled me towards him hard, spreading my legs with his strong hands.  He moved between them and began licking and biting my clit.  Within seconds I orgasmed, shaking my body.  I felt an intense sensation deep inside me next, like I was about to explode.  The more he ate my pussy, the more I came.

He stopped and then sat up and pulled me on top of him.  I moved his shaft between my legs as I straddled him, and at the moment of penetration I screamed with passion.  His big cock thrust deep inside me, stretching my pussy apart.  I cried out and rode him hard as he thrust into me deeper and deeper.  He pulled me down and sucked my big round tits and squeezed my buttocks.

He pounded me harder and harder until finally he threw me off him.  Feverishly I grabbed hold of his cock and stroked it as come squirted out, dripping onto my tits and my face.

Then he spoke for the first time.  “Good morning,” he said.  That was the beginning of three wonderful days and nights in fabulous Cote D’Azur.  We ate in town at an outdoor restaurant, then walked along the shore line. I couldn’t wait to return to his villa to pick up where we left off.

Strange how first impressions are not always right.  Sometimes you just have to give it time!